Key text: Hebrews 11:7 – “By faith Noah, being divinely warned of things not yet seen, moved with godly fear, prepared an ark for the saving of his household,” 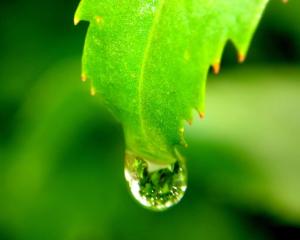 Standing alone in a time of great conflict is tough. Tougher still if everyone has views that are so different to yours. One could be totally ostracised. Left to look like a lunatic, out of tune with the rest of the world or like they say “away with the fairies”. But people’s perspectives are often defined by the heights they have climbed in their minds or the depths they have plumbed. Most exceptionally brilliant people often appear like lunatics until you discover what they already know, then you turn the ridicule to respect. A good lesson of life is not to judge anyone until you can fully understand his or her perspective.

Noah was 500 years old, when God told him He was going to send rain and the ensuing flood will destroy the whole earth. God commanded him to build a contraption that had never been seen before and that he should collect all the animals and living creatures on earth two by two and some in their sevens, and bring them into this monstrous contraption called the ark.

One can only imagine, what it must have been like in Noah’s days. This very old man, building some monstrous vessel, and then collecting animals and saying there was a flood coming. People must have laughed at him. Sniggered. Cursed. Even called him a lunatic. A demented, geriatric, senile old baba. Probably lost his marbles. Noah on the other hand must have kept on saying guys I’m not crazy, God spoke to me. The world is going to be wiped out in a massive flood. This is the only place of safety. The more he preached the more he must have been ridiculed and laughed at. But Noah kept building and kept on preaching.

After 100 years of building and gathering all the animals into the ark, God told Noah and his family, eight people in all. His wife, three sons and their wives, that’s all. Just eight people believed. They went into the ark and God Himself shut the door of the ark. Then the fountains of the deep broke open, heavens poured down and the mother of all rains fell. At this stage, some people would have immediately realised they were wrong and Noah was right and would immediately besiege the entrance of the ark, knocking and begging Noah to open up, but God was the one who shut the ark and no one else could get in. Others would realise much later and just cursed Noah even more or blame him for not preaching hard enough, forgetting they had the old man for 100 years.

Noah stood tall in a generation of decadence and mass apostasy. The bible remarked that the whole world was full of corruption. But Noah was a man who had obtained the grace of God.
Let’s think about this for a moment; Noah stood alone on a message and assignment God gave him for 100 years. No external support except from his immediate nuclear family. What kind of faith is that? Noah was a giant of faith if one may say.

Two points need to be really considered today.
1. The ark is representative of the church. The world will be destroyed in a blazing fire and all the elements will melt, but those who are in the ark will be saved. Those who have accepted Jesus Christ as Lord and personal Saviour will be saved. Have you received salvation in Jesus name? Are you in the ark? Are you part of the church?
2. For you man or woman of God, standing alone in a perverse place, taking a stand as a lone voice. Look at what Noah did and receive strength to persevere. He stood for at least 100 years. God is faithful; he would certainly do what he promised.

Let us pray: Father God, thank you for the example of Noah. I understand that some times I may have to be on my own in serving you. It does not make me wrong. Lord give me the grace you gave Noah, so I can stand my ground and not yield to pressure from well meaning, worldly influences that may seek to shake my foundations. Thank you for grace to stand and believe, in Jesus name I pray. Amen.